One of the benefits of becoming self-aware, emotionally intelligent, and more tolerant is the use of the words ‘and’, ‘different’, and ‘context’.

Look around at all the ‘debates’ and conversations about virtually any single topic. Most of the time, you will hear people taking a side and then seeking to make the other side wrong or invalid. It’s the manifestation of bias, and validating ourselves by garnering support of like minds rather than seeking better understanding.

Confirmation bias is about gathering the evidence and support to confirm what you believe. Disconfirmation bias is about discrediting what you don’t believe. Attribution bias is how we then justify our beliefs even when proven otherwise. Ambiguity bias allows us to avoid unknown information. Congruence bias means we only keep testing our own beliefs rather than try new ones. With all (and more) of these various psychological attributes at play, one has to wonder just how aware of our psychology we really are. The less aware, the less composure and command we have of how we gather, interpret, reason, and share information.

We don’t seem to live in a time where people can admit fault, or accept that they are wrong. Being called wrong is a slur that compels people to fight for ‘respect’ rather than seek to build understanding. The mere suggestion of building/learning implies ignorance and irrationality, even if it’s true. To admit fault or being wrong is weakness, and we are terrible at accepting apology and moving on.

On the other hand, those who call people wrong without contextual discussion potentially lack the skill and dexterity to influence through mutual experience. The act of telling someone else they are wrong, insinuates we are right, thus improving our self-image. No doubt, finger pointing, yelling, and cocky righteousness makes for better TV.

What it creates however, is a culture of division. We lose focus of the topic at hand, and descend into a battle of ego and will. A belief that we operate in a bloody hierarchy of values and beliefs, rather than a wheel. Everyone working hard not to find common ground and iterate toward a mutual definition, but to feel and be right. Some would argue that there’s no better feeling than proving people wrong, and being right. I have been one of them at times.

The question is, what is the byproduct that we leave behind? Where do we draw the line? How do we define what is debatable? We rip open the plastic wrapper to enjoy our ice cream, while dropping it into a gutter. Enjoying our moment in the sun, while complicit in creating a future built and calcified on constant disregard.

Many of us do not like Trump/guns/racism/homophobes for instance, but there are many who do. We believe we are right, they believe they are right. Who is right? Does my mere suggestion that more than one perspective can exist make you uncomfortable?

If your answer falls along the lines of ‘what is right versus wrong’, then I’d question if you are any different from those who would disagree with you. You might have a different face, name, beliefs, information, and background, but if your efforts are rooted in proving them wrong and to prove you right, to have them see the truth and to change their mind (which you so conveniently have), then has it crossed your mind just how much you have in common?

And have you considered how you might need to engage with someone just like you, in order to connect with them, to reason with them, to show them information that might challenge their reality, and how you might have them give room for your beliefs to co-exist with theirs, without either one having to be ‘right’?

Or are you frustrated, because ‘if they would only just listen to you, look at your facts, see it your way, and do it your way, then things would be just dandy?’

It’s interesting to see everyone getting frustrated with others (including myself) because another person doesn’t see it our way. Yet if two people are shouting the ‘truth’ to each other, who is actually listening? Sometimes, people are even arguing for the same thing but are so caught up in the moment of chasing their own personal victory.

What is the end game, and can it involve others who feel differently?

When I see articles or posts about ‘this vs that’, or the binary anger toward any social issue, I always consider how to throw a spanner in everyone’s works, not to disprove or push my point of view, but to create pause, empathetic reasoning, and a deeper consideration of all positions. Rarely does every situation fit neatly into one of two boxes.

Alas, the need to have a side (and seek victory) dominates the discourse.

It’s the result of a concept called in-group/out-group theory, which effectively suggests that by creating labels/teams/names/logos for things that differ from us, we thus dehumanise the other side in the process making it easier to not feel empathy toward them. 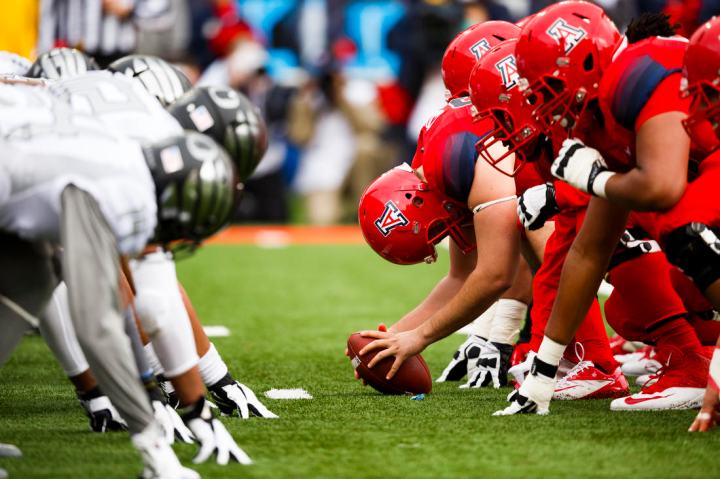 After all, it’s hard to kill and destroy those for whom you love or have empathy for. It’s why you don’t feel overly compelled when you hear about lots of people killed in a war-torn country that is painted as the enemy, but get all teary when we focus on the story of one person (from the same country) and we find the commonalities between us.

So, we know we have the agency, skills, tools, and means to change this. The question, do we want to?

What if we could change the world, create world peace, and even have others respect, understand, and thoughtfully consider our points of view without the chest-puffing, frustration, and heart ache?

What if when we find ourselves faced with opposition, we try hard to think of a great question instead of making a statement/rule/belief. A question that doesn’t drive our narrative or try to put others ‘in their place’, but seeks to better understand their perspective.

What if, instead of operating from a place to feeling the most right in a righteous world, we made it our goal to find what is common in our beliefs, and to become objective about what is different? To find peace in what we agree on, and to explore what is different rather than beating into submission.

Many people will rush to state facts and take an intellectual/scientific approach to an emotional situation which might make them feel smart and superior. Yet despite their academic brilliance (which can create more bias), they are merely the equal and opposing force rather than the connecting tissue between them.

I believe we are entering into an era that has an incredible lack of emotional intelligence. A level of intelligence that bridges our ardent hearts with our critical minds. A skill built through community, common experience, and service to others, and expanded with study, mindfulness, and reflection.

I believe that our deference to technology to manage and express our emotions, has caused us to over-simplify our understanding of ourselves, and therefore others. We chase outcomes, results, and a single solution, rather than being comfortable tangled in the confusion. As a result, we are working towards a basic vocabulary, limited understanding, and deep ignorance of just how much our actions and beliefs are informed by it. Most of all, we have abdicated our emotional expression to emoticons, memes, and unstructured outrage.

We live in an era of requests and demands, rather than questions and curiosity. Answers provide more comfort than questions, and certainty is more enjoyable than chance.

It’s inevitable that we all have our own data, facts, evidence, and beliefs. I am not disputing the existence of these, but rather how we acquire, manage, and use them.

We have more partial information in our brains than any other time in human history. Some information is enough to participate, while some is just enough to be dangerous.

It seems that this new access has in many ways exacerbated righteousness and division rather than created the more open and connected world we hoped to build. By outsourcing our self-awareness, we risk losing the ability to do it for ourselves, without a cord, and without dumbed-down binary feedback. It’s kind of like not knowing how to cook, change a tyre, or light a fire because we have systems for that now. Until you don’t and it becomes a matter of survival, and then you’re royally fucked.

For as long as we all believe we are right, and that our truth is more accurate than the next person’s, we will in fact create a more factually-based society. What those facts actually are and whether we are all friends and family by the time we get there, is another question.

2 thoughts on “The cost of being right”